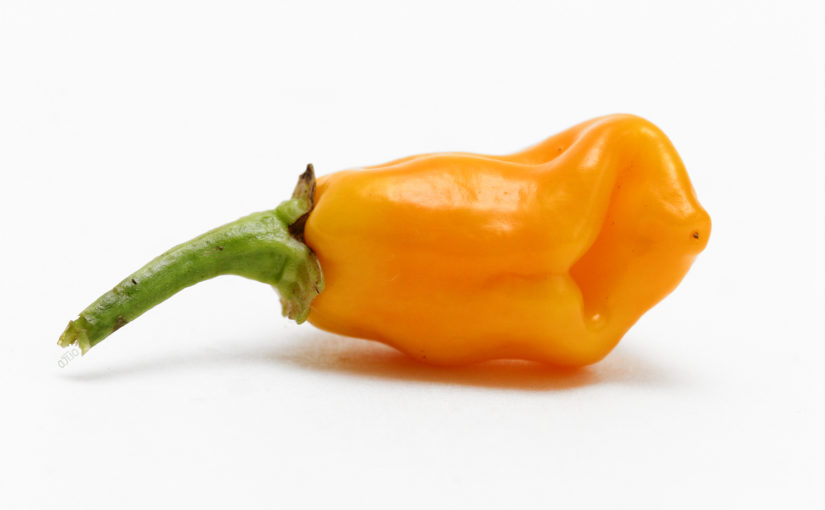 Say hello to the Habanero’s fun younger counterpart. More tropical flavor than the Habanero, but not as much heat. Eating a whole one fresh is possible with some practice, but these bastards can get quite hot–especially with a lot of sunlight during the summer. More similar to a lessor known Capsicum Chinese, the Fatalii. The pepper begins as a simple green and ripens to a nice orange.

The Datil Pepper is very popular in St. Augustine, Florida. In fact, there is a festival dedicated to this pepper called the Datil Pepper Festival, not surprisingly.

The festival is in its 7th year and is held at the St. Johns Agricultural Center on SR 16 near I-95. Local vendors and growers of the datil pepper convene at this festival to sell their best datil products. 1

Where did the Datil pepper originate?

The pepper has a mythical and potentially conflicted past.

There are sources who speculate the Datil was introduce to the Americas during the African slave trade, a solemn reminder of our terrible past. However, this theory does not seem to be as prevalent.

Most sources put the Datil as originating from Minorca, a Spanish island located in the Mediterranean Sea, known for their damn fine sweet bread. One other theory is they are from Cuba, brought over around 1880 by a jelly maker named S. B. Valls. 2

Where can I read more about Datils?

In 1995, The Chili Pepper Institute ran an article on Datils and the St. Augustine based grow operation Dat’l Do It. Worth a read here, especially to learn more about the history of the pepper.