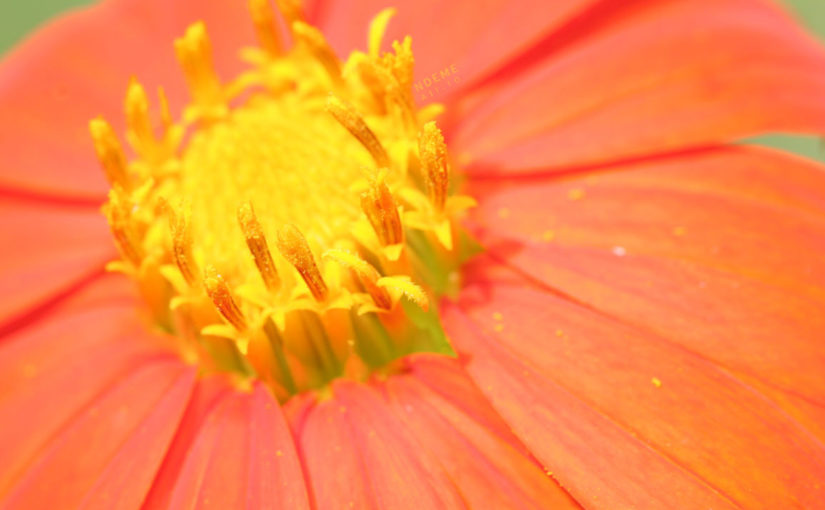 From the Asteraceae family of flowers. Tithonia rotundifolia is the genus and species. Also known as the Golden Flower of the Aztecs. This sunflower is native to Florida, Louisiana, Mexico, Central America and the West Indies.1

In the Florida sun, it quickly kills off it’s leaves starting from the bottom up in favor of 2-3 inch bright and gorgeous reddish-orange flowers. The lower leaves dying could have been due to other factors besides the heat such as fungus, deficiencies in the soil, or being pot-bound. These were grown in a smart-pot and the amount of beautiful flowers were quite successful, so not a huge issue in the grand scheme of things.

The lifespan of this rapid growing plant was short! It was our first season growing sunflowers, though. It grew full size in almost 3 months and most flowers dropped their leaves in just a couple days.

Fairly large cultivar–almost 6 feet tall. Great for attracting wasps and bees, if you’re OK with sometimes running for cover when the over-sized yellow jackets are interested.