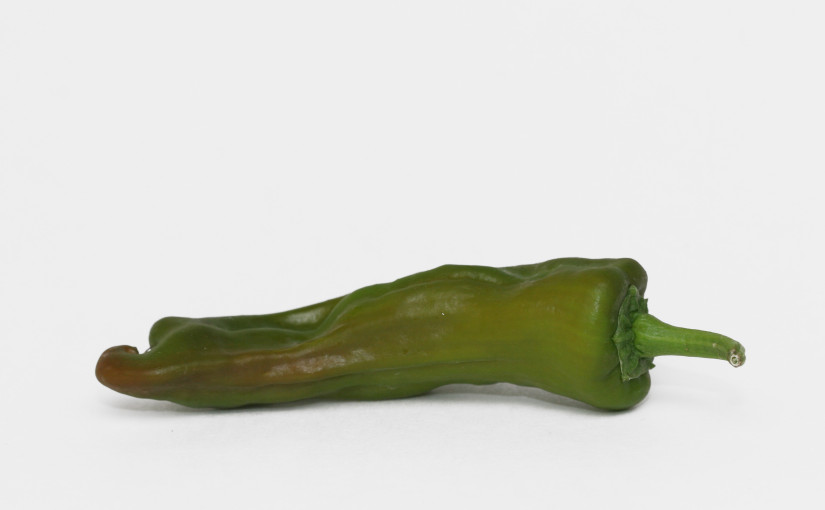 獅子唐辛子! This is a Japanese variety which is becoming more popular in the US at the moment. The Portuguese introduced these to Japan several hundred years ago 1 in conjunction with  Christopher Columbus.

There are some who say the bottom looks like a lion’s head, so いいえ 悩み! It is also called “Sweet Wrinkled Old Man” which is strangely the name of my new mixtape I’m about to drop.

Apparently, 1 out of every 10 peppers is fairly spicy which would make this a good candidate for pepper roulette like the Padrón. Other sources say this isn’t the case anymore due to selective breeding.

Very similar sweet taste to a bell pepper but almost cleaner tasting. They are generally harvested when green. Ripens to a dark red. I saw these in Whole Foods recently which means they are becoming normcore–how utterly dissappointing. Very strange looking as you can see by the pictures.